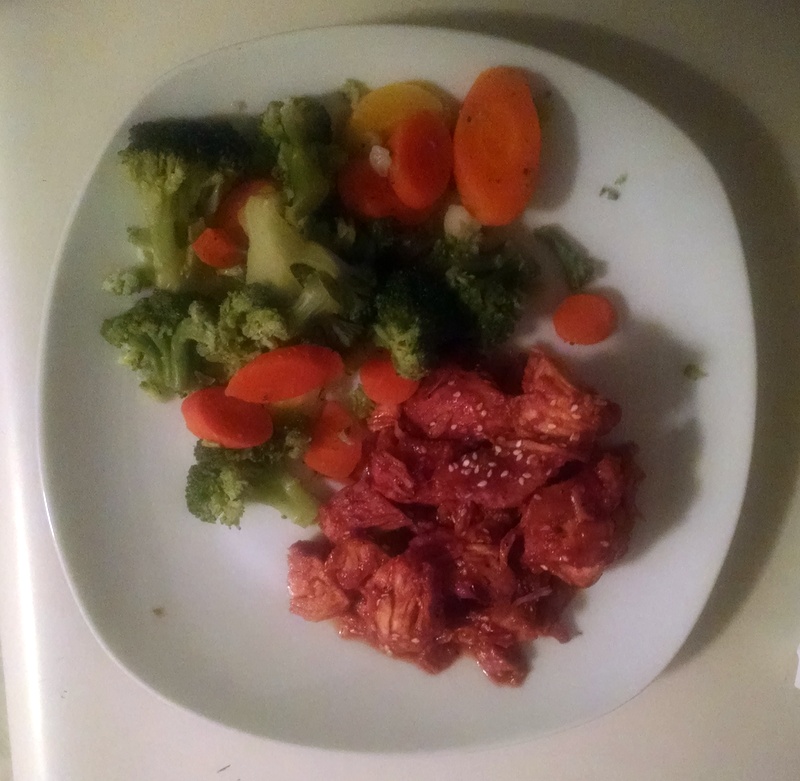 One of the things that I like the most about Danielle Walker of Against All Grain’s recipes is that she lives in the real world. She has a husband and a young child, so when she writes her recipes, they don’t usually involved any crazy techniques and hours of preparation. This recipe, from her book Against All Grain is super simple to make. It doesn’t involve a ton of ingredients and it cooks in the crock pot. I paired it with a side of steamed veggies here, but I bet it would be delicious over some cauliflower rice.

So, in case you missed the memo like I did, Brittany Angell is a culinary genius. I have no idea how in the world I was so clueless for so long, but I’m glad that I’m the loop now. I first found one of her recipes on pinterest, (you can follow me here, if you’d like), but when I started browsing her website I was amazed! We’re taking cinnamon rolls, bread, pies, fudge rounds, twinkies! All modified for people with food allergies or special diets. Some of the recipes are part of her Club Angell, which is a paid membership, but some are free. I’d like to say that I’ve tried some of the recipes in Club Angell, and while I absolutely think that the $15 membership is a steal for what you get, $15 can buy a lot of diapers at the moment, so I’m not a member yet. I hope to be eventually, though. She does also have a book coming out soon, which looks awesome. I’ve been following her on instagram, and she keeps posting pictures from the book. IT LOOKS FANTASTIC. You can check it out here. So, this recipe is one of the free ones (yippie!). 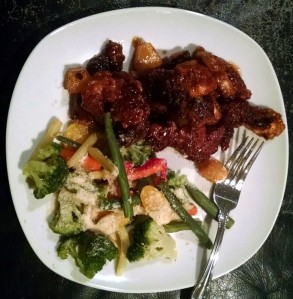 I just paired this Sweet and Sour Chicken with a side of steamed mixed veggies. I have to say that it tastes just like take out, and required way less work than a non Paleo version that I used to make.

My Tweets
Follow Adventures of a Cavemom on WordPress.com